Page 96
Cyclin-Dependent Kinase Inhibitors p21, p27, p57 p16, p15, p18, p19 B Figure 4-
7 - Schematic illustrating the role of cyclins, cyclin-dependent kinases, and
inhibitors in regulating the cell cycle. A, In the depicted example, the regulation of
...
Page 283
Schematic illustrating the role of cyclins and cyclin-dependent kinases (CDKs) in
regulating the cell cycle. In the depicted example, inactive CDK is constitutively
expressed; it is activated by binding to cyclin D, which is synthesized in G1.
Page 284
CDK inhibitors p21 p27 p57 Cyclin clin B and cyclin E and other CDKs also occur
in certain malignant neoplasms, but they are much less frequent than those
affecting cyclin D/CDK4. ACTIVATION OF ONCOGENES In the preceding section
, ...

30 other sections not shown 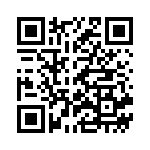