I just paid $32 American, for The Invention of Racism in Classical Antiquity by Benjamin Isaac. The cover alone is worth the price. Here is the description found on the back of the book. "Cover ... Read full review

Page 14 - For ye are all the children of God by faith in Christ Jesus. For as many of you as have been baptized into Christ have put on Christ. There is neither Jew nor Greek, there is neither bond nor free, there is neither male nor female : for ye are all one in Christ Jesus.
Appears in 828 books from 1810-2008
Page 28 - ... a requirement or condition which he applies or would apply equally to a man but — (i) which is such that the proportion of women who can comply with it...
Appears in 124 books from 1900-2007

Benjamin Isaac is Lessing Professor of Ancient History at the University of Tel Aviv. He is a member of the Israel Academy of Sciences and Humanities and the author of The Limits of Empire: The Roman Army in the East. 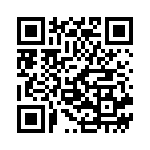