Tamer Cavusgil specializes in the internationalization of the firm, global strategy, emerging markets, and buyer-seller relationships in cross-border business. His professional career spans teaching, research and administrative responsibilities in international business at Michigan State University, Bradley University, University of Wisconsin, and the Middle East Technical University (Turkey). In addition, he served as Senior Fulbright Scholar to Australia and taught at Monash University. Recently, he was appointed a visiting Professor at Manchester Business School, and as Gianni and Joan Montezemolo Visiting Chair at the University of Cambridge, the United Kingdom. At Michigan State University, he was the inaugural holder of the John W. Byington Endowed Chair in Global Marketing, and also held distinction of MSU Distinguished Faculty, the highest award given to a faculty member. He founded the Center for International Business Education and Research (CIBER), a leading National Resource Center in 1989, and served as its Executive Director until 2008. At MSU-CIBER, he spearheaded the development of now leading international business knowledge portal, globalEDGE. In addition to building an exceptional CIBER team, he secured more than $15 million in external contracts and grants for MSU's international activities. Also serving as director of doctoral programs in international business, he mentored more than 20 doctoral students. Tamer has authored more than a dozen books and over 180 refereed journal articles. His work is among the most cited contributions in international business. He is the founding editor of the Journal of International Marketing now published by the American Marketing Association, and Advances in International Marketing published by Elsevier/JAI Press. He serves on the editorial review boards of a dozen professional journals including the Journal of International Business Studies. Tamer is an elected Fellow of the Academy of International Business, a distinction earned by a select group of intellectual leaders in international business. He also served as Vice President of the AIB, and on the Board of Directors of the American Marketing Association. Michigan State University bestowed him with its highest recognition for contributions to the international mission: the Ralph H. Smuckler Award for Advancing International Studies. He was named "International Trade Educator of the Year" in 1996 by the National Association of Small Business International Trade Educators (NASBITE). In 2007, he was named an Honorary Fellow of the Sidney Sussex College at the University of Cambridge. Professor Cavusgil holds MBA and Ph.D. degrees in business from the University of Wisconsin. 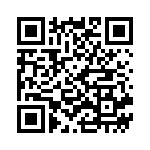