Donald Miller is a best-selling author and public speaker based in Nashville, Tennessee who focuses on Christian spirituality. Miller's first book, Prayer and the Art of Volkswagen Maintenance (Harvest House Publishers 2000), chronicled the cross-country road trip he took at age 21. It was printed with little fanfare, but it was republished more successfully in 2005 as Through Painted Deserts. Miller became a New York Times Bestselling Author when he published Blue Like Jazz in 2003. In 2004, Miller released Searching For God Knows What. In 2006, he added another book, To Own A Dragon. Don's next book, A Million Miles in a Thousand Years, was released in late 2009. His title Scary Close: Dropping the Act and Acquiring a Taste for True Intimacy became a New York Times bestseller in 2015. In 2009 Miller began production of All Things Converge, a series of DVDs for small groups that feature Miller interviewing prominent Christian writers and theologians. The first three DVDs in the series were released in the fourth quarter of 2009. 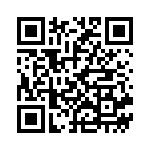