Alberto Alesina (1957–2020) was the Nathaniel Ropes Professor of Political Economy at Harvard University. He is the author, with Francesco Giavazzi, of The Future of Europe: Reform or Decline. Carlo Favero is the Deutsche Bank Chair in Quantitative Finance and Asset Pricing at Bocconi University in Italy. He is the author of Applied Macroeconometrics. Francesco Giavazzi is professor of economics at Bocconi University. 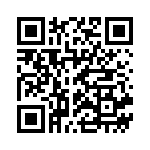