Andrew Glyn tragically died of a brain tumour just before Christmas 2007. Andrew Glyn taught economics at Oxford University. He was an economic advisor to the National Union of Mineworkers, has been a consultant to the International Labour Organization and H.M. Treasury, and was an associate editor of the Oxford Review of Economic Policy. He co-authored several books on post-war capitalism, edited Social Democracy in Neoliberal Times (OUP 2001) and has written on unemployment, profitability and the history of economic thought in economics journals and on current economic problems and policies in magazines and newspapers. 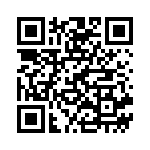