Martin Bowman is one of Britain’s best-known Second World War aviation historians and authors. His previous books have included works such as Legend of the Lancaster, Confounding the Reich, Duxford and the Big Wings, Clash of Eagles, Lost Wings of World War I and numerous titles in the exhaustive Air War series providing extensive coverage of operations carried out on D-Day and during the Market-Garden offensive at Arnhem. He lives in Norwich. 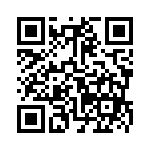