An amazing look into Bonhoeffer's tragically abbreviated life, and the theological thought he didn't live long enough to fully flesh out. This edition contains additional letters to his mentor ... Read full review 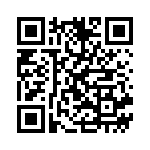