Page 236
It is such a scene that Li Bai, one of the greatest Chinese men of letters of the
eighth century, evoked in some of his verses. Beyond another bastion, the Great
Wall of China, a meeting was taking place, instead of a separation: a meeting ...
Page 250
As a result, in foreign policy, any state with which China had relations could be
nothing other than a vassal state, to the point that 'empire', in Chinese, takes the
name of tianx- ia, '[as much as lies] under Heaven'. When in 1368 Zhu
Yuanzhang ...
Page 255
The form of the reliquary tower, that is, what is commonly called a pagoda from a
mistaken reading of the Chinese dagoba, derives from the fusion of the Indian
sikhara with the Chinese lou, a synthesis that took place from the third century
a.o. ...

This lavishly illustrated work is the second of three volumes in the "UNESCO World Heritage" series, which draws from some 700 sites on the World Heritage List to present works thematically. This ... Read full review

For more than 30 years, the World Heritage Committee of the United Nations Educational, Scientific, and Cultural Organization (UNESCO) has identified and documented sites that represent "the cultural ... Read full review

Valerio Terraroli, a professor at the University of Turin, is the author of numerous books, including Skira's Treasury of World Culture: Archeological Sites and Urban Centres and Dictionary of Modern Decorative Arts: 1851-1952. 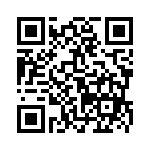