Catherine Mackenzie enjoys explaining the gospel to a child and sees it as a challenge and a joy - something to treasure and to look forward to. Catherine's favourite activity is making flapjacks with her nephews & nieces. She loves to collect books & real life heroes and some of these can be seen in her Little Light's series. Watch out for two additions to this series in September 2008. She has written several trailblazer biographies (including Billy Graham) for young people, the Stories from Canterbury Place series dealing with difficult issues those children may have to face. Her Recent Board Series 'Sent to Save' (March 2008) follows on from Born to be King which was released in September 2006. 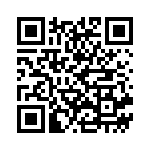