Joan Zieger is a contributor for the following Hazelden Title: Women Pioneers in 12 Step Recover. 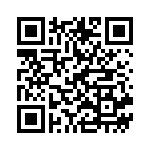