10 pages matching formed in this book

Reynolds presents a history of post-World War II American motorcycling culture, focusing on the image of the outlaw biker, which, he feels, is largely a product of media and public stereotyping. The ... Read full review 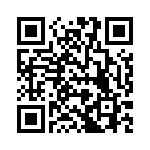