David Brown is a contributor for the following Hazelden Title: A Biography of Mrs. Marty Mann. 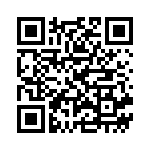