James Murray Beck (1914-2011) taught at the University of Toronto, Acadia, the Royal Military College of Canada, and for seventeen years in the Department of Political Science at Dalhousie. 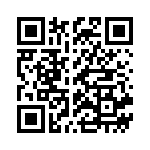