Page 98
earlier stage , I remember , with some idea of adopting the I explained that in my view the foreigner wanted to attitude of Myron's Discobolos ) , set it on the pavement and attend the Olympic Games , but which game in particular kicked ...
Page 447
Well , I mean when Our Secret Society is called O.S.S. , it's a minute , Mummy - I mean , howtheir ideas are all ... Os8 ? Mummy , is this bit of pastry left Hilary's she imagines , and Martin said Mummy , we had an idea that was over ?
Page 448
Martin said well , he didn't mind if only was me that had a good idea , it was And Martin said well , Gladys Colander she'd keep quiet , because he'd just the best idea anybody had all the time had better clean it up , and I said I ... 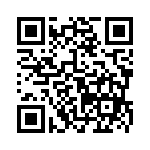