A PROMISE AT SOBIBÓR: A Jewish Boy's Story of Revolt and Survival in Nazi-Occupied Poland

When a prisoner uprising freed hundreds of Jews from the Nazi death camp at Sobibór, Poland, in 1943, Bialowitz heard the leader call out, "If you survive, bear witness to what happened here! Tell the ... Read full review

Philip (Fiszel) Bialowitz (1925–2016) was a retired jeweler. He frequently spoke in North America and Europe about his experience at Sobibór, including testifying at several war crimes trials, most recently at the German trial of John Demjanjuk in 2010. Joseph Bialowitz is Philip’s son and is an environmental manager and Holocaust lecturer who lives in California. 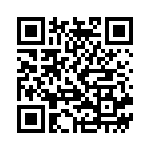