Page 68
The present population of the kingdom is approximately 300,000, some 7% of
whom are non-Swazi, mostly people of European origin (numbering about 8000)
or closely related Bantu-speakers from neighboring territories. Perhaps another ...
Page 69
The Swazi economy is based mainly on hoe horticulture of maize, millet,
groundnuts, beans, gourds, pumpkins and other crops, and animal husbandry,
principally of cattle, but also of goats, sheep and poultry. Hunting and gathering
play a ...
Page 71
It must be noted that, despite "modernizing" influences, the Swazi monarchy has
survived well over a decade of formal political independence. Indeed, since
independence from Britain in 1968, the Swazi rejected the Westminster-style ...

PIERRE L. VAN DEN BERGHE is the recipient of the Spivak Award from the American Sociological Association for "sustained scholarly contributions throughout his career. 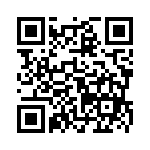