Pamela Sue Anderson is Dean of Regent's Park College in Oxford, where she lectures in philosophy. She is the author of Feminist Philosophy of Religion: The Rationality and Myths of Religious Belief (1997). Beverley Clack is Senior Lecturer in Religious STudies and Philosophy at Oxford Brookes University. Her books include Sex and Death (2002), Misogyny in the Western Philosophical Tradition (1999) and The Philosophy of Religion (1998). 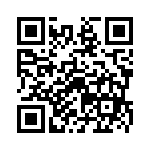