Page 173
Prince Arthur and Guyon paid no attention to this warning , but were laying about
them valiantly with their trusty swords , when an amazing thing happened , for the
army proved to be but shadows , with no real substance , and quickly vanished ...
Page 232
It were a shameful thing thus to abandon a noble adventure without at least
making an attempt to win success . ” Then , holding her shield well before her
face to protect her , the brave maiden plunged into the fire . As she did so , a
wonderful ...
Page 330
... to Serena , who was sorely wounded , started off in swift pursuit ; for now that
the Blatant Beast , the object of his quest , was within sight , he felt that the right
thing for him to do was to follow it at all costs before it could escape from him . 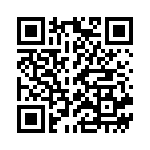