Junior and Hen live in an isolated farm house surrounded by canola fields. Aside from coworkers, they rarely see other people, until one evening a stranger, Terrance, arrives. He tells Junior that ... Read full review

Junior and Henrietta are married and live on a farm. They enjoy their solitude. There are no neighbours, the city is far away, and they don't get visitors. Ever. So imagine their surprise when, not ... Read full review

Iain Reid is the author of two critically acclaimed, award-winning books of nonfiction. His internationally bestselling debut novel, I’m Thinking of Ending Things, has been published in more than twenty countries. Oscar-winner Charlie Kaufman is writing and directing a film based on the novel, which Reid will co-produce. His second novel, Foe, was an instant bestseller and feature film rights have been acquired by Anonymous Content, with Reid set to executive produce. Follow him on Twitter @Reid_Iain. 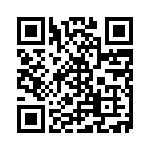