The metamorphoses of Ovid

Ovid's Metamorphoses is one of the best repositories of ancient Greek and Roman mythology. Ovid is also a skilled poet and storyteller with a sly and urbane wit. A number of translations are readily ... Read full review

Michael Simpson is professor of classics in the School of Arts and Humanities at the University of Texas at Dallas. He is author of Gods and Heroes of the Greeks: The "Library" of Apollodorus (University of Massachusetts Press, 1976). 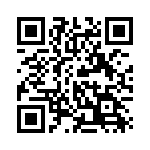