Another pleasant reread of a personal computing history book I originally read in the 1980s. The authors--both of whom edited computer publications as the stories developed--tell the story of the ... Read full review

A fun book that covers the personal computer revolution from the mid 70's to the late 90's. Lots of great quotes and snippets from interviews plus several picture sections. The only weak part of the ... Read full review

Paul Freidberger is the co-author of Fuzzy Logic: The Revolutionary Computer Technology That Is Changing Our World (S&S, 93), which won the Los Angeles Times Book of the Year award. He has been a newspaper reporter and columnist for the San Jose Mercury News, the San Francisco Examiner, and other publications. He has written articles for numerous publications and produced reports for National Public Radio. He has appeared on radio and television as a commentator on technology issues. He currently works as a member of the research staff at Interval Research Corp. in Palo Alto, California. Michael Swaine is editor-at-large for Dr. Dobb's Journal, a programmer's magazine, and a columnist for several magazines and electronic and broadcast venues. He holds degrees in computer science and psychology and has worked as a computer programmer, magazine editor, and publisher. He has written books on technology and has launched several computer magazines and a book line. In the past eighteen years, he has written over nine hundred articles on computers and technology. He is the creator of the Mr. Usasi puzzle detective. 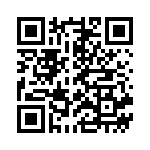