Oleh Gerus is a professor of history at the University of Manitoba and author of numerous books and papers dealing with Ukrainian history.

Denis Hlynka is a professor with the University of Manitoba and has been published widely in the field of instructional technology. 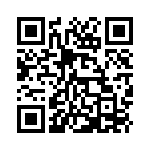