Phillip Ronald Kaye was born in Toronto, and raised in Waterloo, Ontario, Canada. In 1995 Phil was accepted to the Faculty of Engineering at the University of Waterloo with an entrance scholarship. He completed his undergraduate degree in Systems Design Engineering in 2000 and was awarded the George Dufault Medal for Excellence in Communication at his convocation. During the Summer months following his undergraduate convocation, Phil worked as an encryption software developer at Research in Motion (RIM), where he continued to work on a part-time basis during his graduate studies. Phil did his Master's degree in the department of Combinatorics and Optimization at Waterloo. His Master's thesis was entitled 'Quantum Networks for Concentrating Entanglement, and a Logical Characterization of the Computational Complexity Class BPP.' Phil is currently a PhD student at the School of Computer Science at the University of Waterloo. Raymond Laflamme completed his undergraduate studies in Physics at Universit� Laval. He then moved to Cambridge, UK, where he took Part III of the Mathematical Tripos before doing a PhD in the Department of Applied Mathematics and Theoretical Physics (DAMTP) under the direction of Professor Stephen Hawking. Following posts at UBC, Cambridge and Los Alamos National Laboratory, Raymond moved to the University of Waterloo in 2001 as a Canada Research Chair in Quantum Information. Raymond is a recipient of Ontario's Premier Research Award and a Director of the Quantum Information program of the Canadian Institute for Advanced Research. He was named the Ivey Foundation Fellow of the Canadian Institute for Advanced Research (CIAR) in September of 2005. Michele Mosca obtained a DPhil in quantum computer algorithms in 1999 at the University of Oxford. Since then he has been a faculty member in Mathematics at St. Jerome's University and in the Combinatorics and Optimization department of the Faculty of Mathematics, University of Waterloo, and a member of the Centre for Applied Cryptographic Research. He holds a Premier's Research Excellence Award (2000-2005), is the Canada Research Chair in Quantum Computation (since January 2002), and is a CIAR scholar (since September 2003). He is a co-founder and the Deputy Director of the Institute for Quantum Computing, and a founding member of the Perimeter Institute for Theoretical Physics. 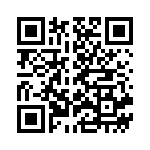