I purchased this book to help me with an EPQ qualification I'm currently doing, and it really helped! I highly recommend anyone who is even the slightest interested in space, the cosmos, colonisation, and so forth, to read!!!

THE TYPE OF BOOK IS JUST AMAZING HOW THE COSMOS ARE BROUGHT OUT TO REAL LIFE. MHOW EVERY THING IS MADE.

Tom Head is author or coauthor of more than three dozen nonfiction books covering a wide range of topics, including University Press of Mississippi?s Conversations with Carl Sagan. 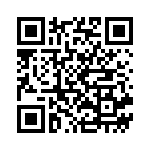