Page 52
After the opening , Bogusławski orchestrated a patriotic demonstration in the
theater . Russia , Prussia , and Austria did not want to allow the Polish reforms to
take root and decided to suppress them militarily . The Russian army , backed by
...
Page 63
He was beloved by Warsaw ' s public for his statecraft , wit , and jokes , as well as
for his patriotic stand expressed both privately and on the pages of his magazine
, where he skillfully smuggled anti - Russian jokes and allusions through the ...
Page 151
On many occasions audiences manifested their patriotic feelings , as they sang
after the show , together with actors , the national anthem or patriotic hymns in
Wilno ( 1919 ) , Katowice ( 1933 ) , and Gdańsk ( 1935 ) . Politicians understood ...

Kazimierz Braun is professor at the University at Buffalo. 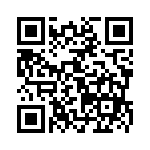