Michael W. Apple is John Bascom Professor of Curriculum and Instruction and Educational Policy Studies at the University of Wisconsin–Madison. 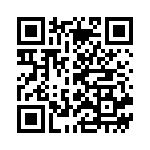