Page 127
prominent politicians, philosophers, artists, scientists and leaders of thought, and
attracted a great deal of attention from newspapers and magazines. 'Abdu'l-Baha
returned to Haifa in 1913 and the following year the First World War broke out, ...
Page 133
Baha'is have been present in the countries of the West (Europe, North America,
Australia and New Zealand) since the time of 'Abdu'1- Baha. Baha'i communities
in continental Europe were severely disrupted by the Second World War (during
...
Page 145
Paris Talks: Addresses Given by 'Abdu'l-Bahd in Paris in 1911-1912, 11th edn.,
London: Baha'i Publishing Trust, 1979. — The Promulgation of Universal Peace,
comp. Howard MacNutt, 2nd edn., Wilmette, IL: Baha'i Publishing Trust, 1982. 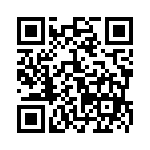