Page 135
In order to launch a large - scale attack on Communist China , the Soviet Union
must transfer forces from its East European satellites . Therefore , it is in
Communist China's interest to support a strong NATO . Communist China has
urged the ...
Page 148
The Soviet political pressure on Western Europe was reduced somewhat ,
perhaps as a consequence of the European Conference on Security and
Cooperation , but the Soviet military advantage in Europe has increased despite
continuing ...
Page 233
... 144 Ecuador , 217 Czechoslovakia , 146 Egypt ( see United Arab Republic )
Environmental crisis , 225 Ethiopia , 52 , 59 , 222 D European Economic
Community , 135 , 230 Declaration on Colonialism , 47 , 49 , 51 , European
conference on ... 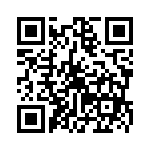