Zak Greant is lead developer for 51 Degrees North and is the founder of the Foo & Associates programmer's cooperative. He leads the PHP Quality Assurance Team and (when not writing) is an active contributor to the PHP documentation, mailing lists, and source code.

Graeme Merrall graduated from university in 1993 with a degree in biochemistry. While at university, he discovered the Internet while it was still very much in its infancy. This led him away from biochemistry into employment with an ISP and later with a leading web design firm in New Zealand, where he developed his skills in PHP and ASP. As well as his programming, Graeme has written for the local newspaper in his former home town in New Zealand, and has written several tutorials and articles on PHP for Wired Digital's Web Monkey. Born and raised in New Zealand, Graeme currently resides in Sydney, where he runs his own consultancy, specializing in e-commerce and business integration with the Internet. In his spare time, he enjoys modern literature, music, and crocodile wrestling.

Torben Wilson is a freelance developer, technical writer, and member of the Foo & Associates programmer's cooperative. He has been programming in PHP since 1996 and has been a contributing author to the official PHP manual since 1997.

Brett Michlitsch is a producer/senior developer at a leading multimedia training development company based in Minneapolis, MN. As a leader in software design and development, Brett has mentored aspiring developers, led in-services on database design and software architecture, and been recognized by colleagues for his outstanding technical feats. In addition, he has led the design of several web sites and web applications, overseeing the database, business logic, and interface design, and using scripting languages such as PHP, ASP, and Perl to carry out his designs. 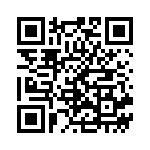