What a lovely pathway. It helps to smell the sage, bring a blanket to lay on. Read this and pause to gaze up at the trees. 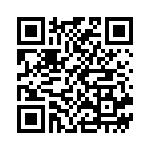