Some gems in here, but also felt like the collection was a little over-zealous with the inclusion of stories and a desire for completeness that doesn't necessarily mesh with the stated goal of getting the general world of fantasy fans to enjoy pre-Tolkien works. Read full review

I thought the stories in this volume were okay, but not particularly exciting. What is most interesting about this collection is that it shows fantasy as a continuum- something that came out of old ... Read full review

Douglas A. Anderson, a leading American Tolkien scholar, is acknowledged as the worldwide expert on the textual history of The Hobbit and The Lord of the Rings, and has contributed the textual notes for all Houghton Mifflin editions of these titles for more than a decade. He has been a bookseller, in Ithaca, New York and northwest Indiana. He now lives in southwestern Michigan. He is the editor of The Annotated Hobbit. 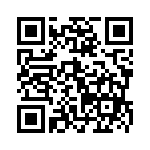