Pretty amazing book, i would say. Just the ending is kinda vague (you know, Andrea and Ozzie). Still, I enjoyed it.

Page 19 - Fillet of a fenny snake, In the cauldron boil and bake ; Eye of newt and toe of frog, Wool of bat and tongue of dog...
Appears in 994 books from 1390-2008
Page 9 - ... stool while he rolls about on the ground a large jar which serves as a churn and is placed on its side in order that it may more easily be rolled about to produce the agitation of the cream which results in butter. (Courtesy of the University Museum of Philadelphia) 175. Agriculture and cattle-breeding produced most of the wealth which formed the basis of Sumerian life, but there were other important sources of wealth.
Appears in 4 books from 1938-2004
More
Page 203 - I could tell from the look in her eyes that she did not know where she was. And she did not know who I was.
Appears in 3 books from 1917-2004
Page 124 - One source of evidence was trial by water. The unfortunate woman would be put in a pond. If she floated she was a witch. If she sank she was not. This event, the outcome of the experiment, was, by consensus, the information-as-thing needed for the identification of a witch. Nowadays it would be denied, by consensus, that the exact same event constituted the information that it had previously been accepted, by consensus, as being.
Appears in 3 books from 1991-2004
Page 67 - I would have to keep my wits about me. I would have to be more careful.
Appears in 2 books from 2001-2004
Page 128 - I did not want to go home. I couldn't bring myself to go back to school. I thought I heard someone call my name again, a nickname I hadn't heard for a long while. "Slime-on.
Appears in 2 books from 1961-2004
Page 34 - I wasn't going to be the one to break it up. I had my own problems with my right brain probably not even knowing what my left brain was doing.
Appears in 2 books from 2004-2007
Page 87 - Whatever was going on, I didn't want to be part of it. They looked very sullen. "Simon, we need to talk to you," my mother said, her voice sounding shaky.
Appears in 2 books from 2001-2004
Page 114 - She was the first girl I had ever kissed. She was the first for a lot of things, and maybe I should have apologized to Lydia and followed her.
Appears in 2 books from 2003-2004
Less

Lesley Choyce is one of Canada's most prolific authors. A resident of East Lawrencetown, Nova Scotia, he has published more than 50 works of fiction, non-fiction, and poetry. His previous young adult fiction includes Shoulder the Sky, which was shortlisted for 2004 White Pine Award. Smoke and Mirrors was shortlisted for the Canadian Library Association 2005 Young Adult Canadian Book Award. 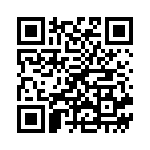