Bernard Goldstein dedicated his life to the Jewish labor movement in Poland. An ordinary worker, he rose to a position of prominence in the Jewish Labor Bund, the premier political representative of the Jewish working class in pre-WW II Poland. His life and work were intimately entwined with the Bund. He was its chief trade union organizer in Warsaw, and its militia organizer and commander. He wrote two books, this one and The Stars Bear Witness.

Marvin S. Zuckerman has edited several volumes of Yiddish literature in English translation, has written college English textbooks, and has published articles in various periodicals, some in Yiddish and some in English. A retired professor of English, he served as chair of the English Department for fifteen years at Los Angeles Valley College and as dean of Instruction for six years, before retiring in 2002. He is the son of Yiddish-speaking Bundists from Warsaw, Poland. 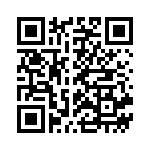