Patricia Fara lectures in the history of science at Cambridge University, where she is the Senior Tutor of Clare College. A specialist in Enlightenment England, her main passion is explaining to non-academic audiences why the history of science is so fascinating and so important. Her most recent book, Science: A Four Thousand Year History (2009), won the Dingle prize awarded by the British Society for the History of Science. Her other successful publications include Newton: The Making of Genius (2002), Sex, Botany and Empire (2003) and Pandora's Breeches: Women, Science and Power in the Enlightenment (2004). An experienced public lecturer, she appears regularly in TV documentaries and radio programmes such as In our Time and Start the Week. She also contributes articles and reviews to many journals, including History Today, BBC History, New Scientist, Prospect, Nature, and the Times Literary Supplement. 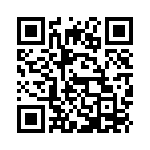