Page 117
FEBRUARY - John Holzberlein , Meeker , Colo . Well , John has admirers too . There were twenty three answers from nineteen states and one province . All but one said : “ John Holzberlein . For fun titles , listen to these : “ Traveling ...
Page 161
February Winners for John Holzberlein Number One A. Mousty , Neuville ( Philippevile ) , Belgium John Holzberlein , Jr. , from Meeker , Colorado , well known for his production of honey and for his selection of queens .
Page 436
It was on a Saturday afternoon , the bank being closed and the employees having the afternoon off , that group of townspeople , including Mr. Doe , called on John Dome at his home to see if they could talk him into running for the ... 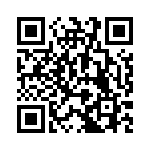