Page 69
For this , and another letter from Dr. Johnson in 1784 , to the same truly respectable man , I am indebted to Dr. John Loveday , of the Commons , a son of the late learned and pious John Loveday , Esq . of Caversham in ...
Page 203
By way of adapting the book to the taste of the present age , they have , in a late edition , left out a vision which he relates Dr. Donne had , but it should be restored ; and there should be a critical catalogue given of the works of ...
Page 444
Sir William Scott informs me , that upon the death of the late Lord Lichfield , who was Chancellor of the University of Oxford , he said to Johnson , " What a pity it is , Sir , that you did not follow the profession of the law . 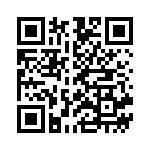