Extensive research embedded, dedicated journalist = scary product. I used to read Robert Ludlum because he spun a good yarn, but this work of non-fiction is no yarn, because The Family is real ... Read full review

This was a very difficult book for me. I don't doubt the facts it presents. One thing I have seen in my life - people who actually believe that rich people are somehow better, rich people know what is ... Read full review

Jeff Sharlet is a visiting research scholar at New York University's Center for Religion and Media. He is a contributing editor for Harper's and Rolling Stone, the coauthor, with Peter Manseau, of Killing the Buddha, and the editor of TheRevealer.org. He lives in Brooklyn, New York. 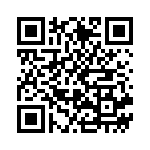