Crawford Kilian is the author of twenty-one books, including both fiction and non-fiction. He is a contributing editor at The Tyee and is the former public education columnist for the Vancouver Province. He previously taught at Vancouver City College and Capilano College, and currently teaches creative writing at Simon Fraser University. He lives in North Vancouver.

Adam Rudder was born in Vancouver and completed his Master of Arts degree in history at the University of Victoria. He is co-chair of the Hogan’s Alley Society, which seeks to preserve and promote the historical, cultural, societal and economic contributions made by Black settlers and their descendants. 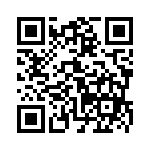