William Shakespeare was an English poet, playwright, and actor. He is widely regarded as the greatest dramatist in the English language. Shakespeare is often called England’s national poet and the “Bard of Avon.” 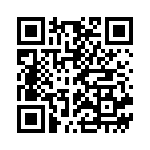