Page 34
The revolution not only brought with it to Odessa the new political and social
structure developed in the north , it also brought new men , trained by the
revolution and alien to the mentality and practical experience of the average
Odessan .
Page 71
He had brought with him a tall , incredibly thin man who wore puttees , had the
profile of a minstrel , and a lock of beautiful chestnut hair hanging over his brow .
The man held out a large , warm , friendly hand , and clicked his heels . After that
...
Page 167
Wiping his eyes with a handkerchief full of holes , Reginin told me that his wife
was ill with typhus , in bed , delirious , and he , being at his wits ' end and in
complete desperation , had brought me the child because there was nowhere he
could ... 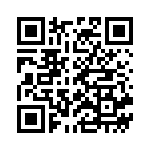