Robert A. Hackett is a Professor of Communication and Co-director of NewsWatch Canada.

Richard Gruneau is a Professor in the School of Communication at Simon Fraser University. In addition to co-authoring Hockey Night in Canada, he is the author of Class, Sports, and Social Development (University of Massachusetts Press, 1983).

Donald Gutstein is Co-director of NewsWatch Canada and the editor of the NewsWatch Monitor. 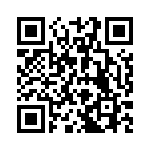