Page 279 - We consider the underlying fallacy of the plaintiff's argument to consist in the assumption that the enforced separation of the two races stamps the colored race with a badge of inferiority. If this be so, it is not by reason of anything found in the act, but solely because the colored race chooses to put that construction upon it.
Appears in 444 books from 1798-2008
Page 264 - That all persons within the jurisdiction of the United States shall be entitled to the full and equal enjoyment of the accommodations, advantages, facilities, and privileges of inns, public conveyances on land or water, theatres, and other places of public amusement; subject only to the conditions and limitations established by law, and applicable alike to citizens of every race and color, regardless of any previous condition of servitude.
Appears in 845 books from 1776-2008
More
Page 45 - that the laws of the several States, except where the Constitution, treaties, or statutes of the United States shall otherwise require or provide, shall be regarded as rules of decision in trials at common law in the courts of the United States, in cases where they apply.
Appears in 726 books from 1803-2008
Page 147 - ... the same right in every State and Territory in the United States to make and enforce contracts, to sue, be parties, and give evidence, to inherit, purchase, lease, sell, hold and convey real and personal property, and to full and equal benefit of all laws and proceedings for the security of person and property as is enjoyed by white citizens, and shall be subject to like punishment, pains and penalties, and to none other, any law, statute, ordinance, regulation, or custom, to the contrary notwithstanding.
Appears in 324 books from 1798-2007
Page 115 - If, therefore, a statute purporting to have been enacted to protect the public health, the public morals, or the public safety, has no real or substantial relation to those objects, or is a palpable invasion of rights secured by the fundamental law, it is the duty of the Courts to so adjudge, and thereby give effect to the Constitution.
Appears in 477 books from 1852-2006
Page 176 - ... to suffer the civil magistrate to intrude his powers into the field of opinion, and to restrain the profession or propagation of principles on supposition of their ill tendency, is a dangerous fallacy, which, at once destroys all religious liberty...
Appears in 507 books from 1801-2008
Page 74 - No man in this country is so high that he is above the law. No officer of the law may set that law at defiance with impunity. All the officers of the government, from the highest to the lowest, are creatures of the law, and are bound to obey it.
Appears in 357 books from 1848-2008
Page 160 - In this connection it is proper to state that civil rights, such as are guaranteed by the Constitution against State aggression, cannot be impaired by the wrongful acts of individuals, unsupported by State authority in the shape of laws, customs, or Judicial or executive proceedings.
Appears in 162 books from 1798-2008
Page 147 - States; and such citizens, of every race and color, without regard to any previous condition of slavery or involuntary servitude...
Appears in 606 books from 1798-2008
Less 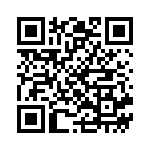