Royston Tester grew up in Birmingham, the English Midlands. Before emigrating to Canada in 1978, he spent time in London, Barcelona, and Melbourne. A Canadian citizen, he is a fellow of the Hawthornden writers' retreat in Scotland, the Valparaiso Foundation in Spain and is a frequent Leighton Studio artist-resident at the Banff Centre for the Arts, Alberta. He was educated in English and European Literature at Essex University in the UK and in Modern British Literature at McMaster University 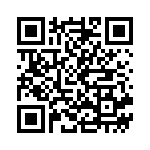