Page 187
I realized that I hate Soviet movies, Soviet theaters, all Soviet art . . . Forget about
creating what we really want. You saw what they did to ... "I want to go away from
the Soviet Union. Of course, you'll say that everything will pass, that life will get ...
Page 214
Stay in pairs, walk in threes, eat in fours, and, above all, remember your high
status as citizens of the Soviet Union. "Now, I will attempt to familiarize you with
the enemies' tactics so you're not caught off guard. Recently, the Russian Folk ...
Page 268
"Toilik, you're a hero! You did the impossible — you flew a plane nobody else
was brave enough to fly. Go right ahead and consider yourself a Hero of the
Soviet Union. Tomorrow, you will receive the Gold Star.' 'It was a pleasure to try,' I
said. 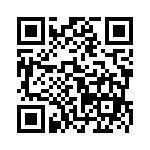