Carmine Starnino is the author of three collections of poems: The New World (which was nominated for the A. M. Klein Prize for Poetry and the Gerald Lampert Memorial Award), Credo (winner of the C A A Jack Chalmers Poetry Award), and With English Subtitles. His reviews and essays have appeared in a wide range of newspapers, magazines and literary journals, including the Globe and Mail, the Montreal Gazette, Matrix, Arc and The Montreal Revie 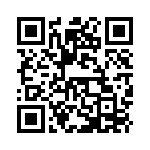