Anup Rao is an Associate Professor at the School of Computer Science, University of Washington. He received his Ph.D. in Computer Science from the University of Texas, Austin, and was a researcher at the Institute for Advanced Study, Princeton. His research interests are primarily in theoretical computer science.

Amir Yehudayoff is Associate Professor of Mathematics at Technion - Israel Institute of Technology, Haifa. He is interested in mathematical questions that are motivated by theoretical computer science and machine learning. He was a member of the Institute for Advanced Study in Princeton, and served as the secretary of the Israel Mathematical Union. He has won several prizes, including the Cooper Prize and the Krill Prize for excellence in scientific research, and the Kurt Mahler Prize for excellence in mathematics. 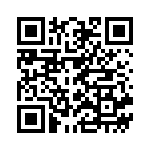