Jane Goodall, 1934 - Jane Goodall, a well-respected English zoologist, is famous for her fieldwork with chimpanzees in Africa. An early interest in African wild animals and the opportunity, at age 18, to stay on a friend's farm in Kenya, led her to Dr. Louis Leakey; then curator of the National Museum of Natural History in Nairobi. Almost immediately Leakey hired Goodall as his assistant secretary, and she was soon accompanying Leakey and his wife on their expeditions. Following Leakey's suggestion that a field study of some of the higher primates would be a major contribution to the understanding of animal behavior, she began studying the chimpanzees of the Gombe Stream Research Center in Tanganyika (now Tanzania) in 1960. Although she had no undergraduate degree, Goodall earned a Ph.D. from Cambridge University in 1965, based on her first five years of research at the Gombe Center. After more than 20 years of extensive study and direct contact with wild chimpanzees in their natural habitat, Goodall continues to research, teach, and write about primate behavior today. 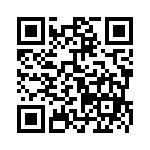