He was a farmer, a teacher, a preacher, a political activist, a journalist, a broadcaster, a composer, a restaurateur and a cab-driver. He was a dashing ladies' man and though he married four times, he had a need, as Burris Devanney has written, to `make grand, if not total commitments.' He was an international jetsetter who lived in Paris and New York as well as Halifax and the Annapolis Valley, but who never forgot his roots in the rocks of Nova Scotia's north shore. He was a socialist who played the stock market, a mystic who believed in practical measures. On top of all this, Kenneth Leslie was one of the most gifted poets of his day.

Leslie was born on Halloween night, 1892, in Pictou, Nova Scotia, to Robert Jamieson Leslie, a politician and businessman, and Bertha (Starratt) Leslie. Robert Leslie died on December 4, 1905, when one of his own boats, the steamship Lunenburg, sank in a storm off the Magdalen Islands, the jurisdiction he represented in the Quebec legislature. The younger Leslie would memorialize his father in his sonnet `To My Father Drowned at Sea' and in the free verse dirge `Lowlands Low.'

Leslie was educated at Dalhousie, Nebraska and Harvard, where he would have received a PhD in Philosophy, had he not failed the lingual test. He had a deeply ambivalent relationship with institutional education; he revered the best of his teachers and worked as one himself on several occasions, but distrusted universities, which he saw as breeding grounds for dullness and conformity, as is manifest in his satirical sonnet `Tea with the Professor' and especially in his long satire `Cobweb College.'

Most of Leslie's career as a publishing poet was confined to the mid-to-late 1930s, another probable cause for his slide into obscurity. His first book, Windward Rock, was published by MacMillan in 1934, followed quickly by Lowlands Low in 1935 and Such a Din! in 1936, both of which were privately published. In 1938, Ryerson published By Stubborn Stars, which won the Governor General's Award. He would not publish another book until 1971, when The Ladysmith Press released The Poems of Kenneth Leslie. Angered by editor Sean Haldane's exclusion of several poems `because they seem not to have worn as well with the passage of time, or because they were light verse, or political verse, which fulfilled a temporal need,' Leslie self-published the unexpurgated O'Malley to the Reds and Other Poems in 1972.

For Leslie, as for his contemporary F. R. Scott, politics were at least as important as poetry. Living in New York and Boston in the 1930s and '40s, Leslie rose to prominence as an indefatigable anti-Fascist activist. Somewhat paradoxically, Leslie's socialism was inextricably intertwined with his Baptist upbringing. He founded and edited The Protestant Digest (later renamed The Protestant), which reached a circulation of 50,000 at its peak, and he was much in demand as a speaker. He also started The Challenger, an anti-Fascist comic book that appeared in 1944 and '45. For his troubles, Leslie was named -- along with such notables as Arthur Miller, Albert Einstein, Aaron Copland, Leonard Bernstein, Norman Mailer, Charlie Chaplin, Thomas Mann and Langston Hughes -- as one of fifty `dupes and fellow-travellers' of Communism by Life magazine in 1949.

Leslie's personal life was no less tumultuous than his public affairs. His first wife was Elizabeth Moir, daughter of wealthy chocolate-maker James Moir. James Moir made a considerable impression on his son-in-law, who dedicated two poems to him. The breakup of Leslie's marriage -- and his consequent estrangement from his children -- is the subject of `By Stubborn Stars.' His second marriage, to Marjorie Finlay Hewitt, ended because of an affair Leslie had with his secretary, Cathy, with whom he returned to Halifax in 1949, where Leslie took up work as a taxi driver. The much younger woman would leave her husband for his nephew. In 1960, Leslie married the widow of an old friend, Nora Steenerson Totten, with whom he lived until his death on 6 October, 1974.

Since his passing, little notice has been paid to Leslie and his work, but recent anthologizations of his poems, as well as a documentary film, God's Red Poet, are signs that Leslie won't easily be forgotten. 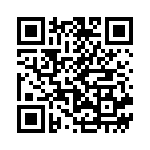