Page
10 Now David was the son of that Ephrathite of Beth lehem - judah whose name
was Jesse ; and he had eight sons : and the man went among men for an old
man in the days of Saul . 13 And the three eldest sons of Jesse went , and
followed ...
Page
26 And David spake to the men that stood by him , saying , Whiat shall be done to
the man that killeth this Philistine , and taketh away the reproach from Israel ? for
who is this uncircuncised Philistine , that he should defy the armies of the living ...
Page
36 Tly servant slew both the lion and the bear : and this uncircumcised Philistine
shall be as one of them , seeing he hath defied the armies of the living God . 37
David said moreover , The LORD that delivered me out of the paw of the lion ,
and ...
Page
48 And it came to pass , when the Philistine arose , and came and drew nigh to
meet David , that David hasted , and ran toward the army to meet the Philistine ,
49 And David put his hand in his bag , and took thence a stone , and slang it ,
and ...
Page
XXIV . i David in a cave at En - gedi spareth Saul ' s life . 8 . He pleadeth his
innocency . 16 Saul acknowledgeth his fault . AND it came to pass , when Saul
was returned from fol* lowing the Philistines , that it was told him , saying , Behold
... 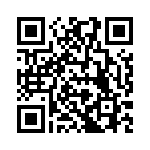